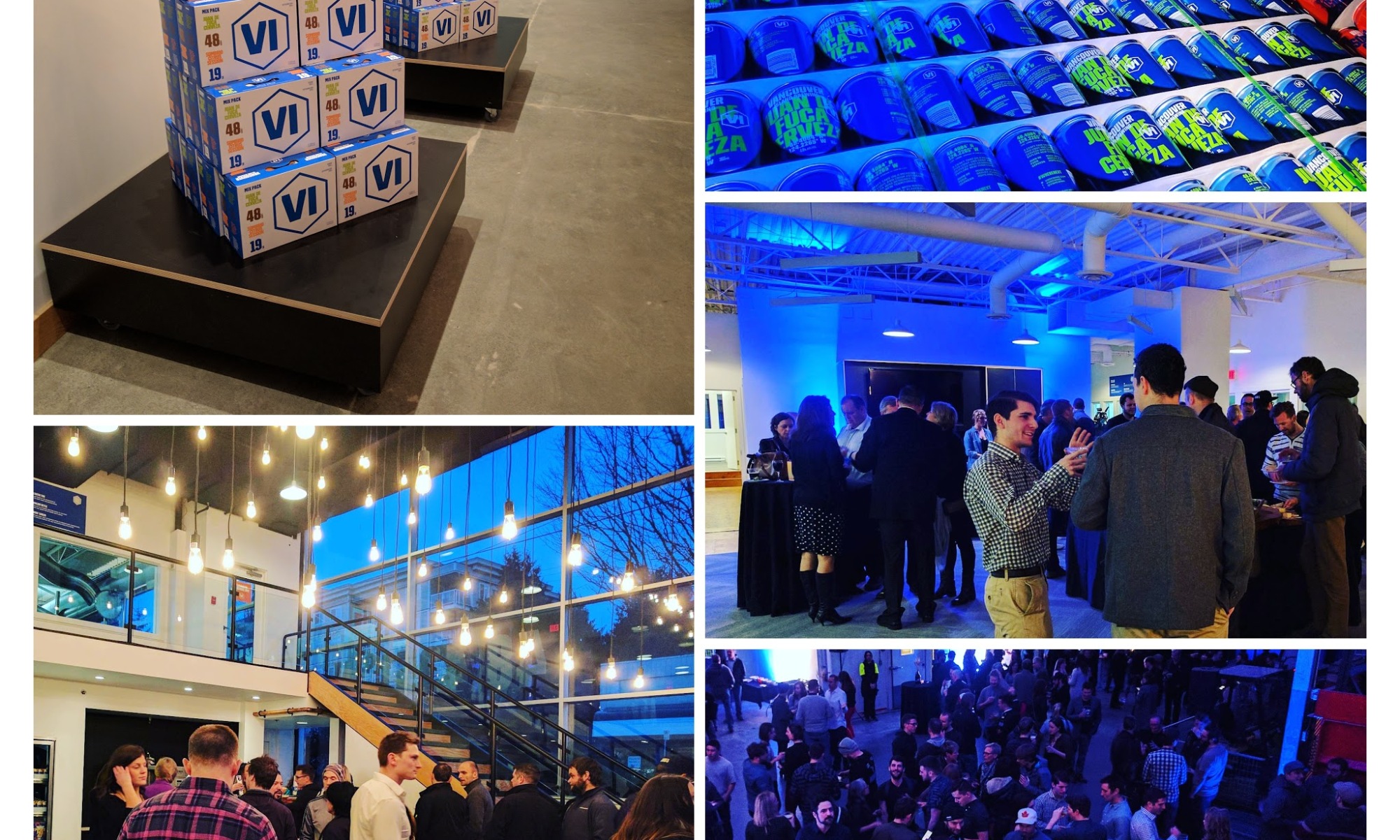 March 1st not only signalled the start of a new month, but a new beginning for one of the oldest craft breweries on the west coast. Vancouver Island Brewing has relaunched, with a new selection of beers, a new look and a new experience for those who swing by the brewery.

To celebrate their rebirth, they held a fantastic party at the recently renovated brewery, with around 600 people attending to try the new selection of beers, a variety of food made with those beers, and to get a feel for the new energy from the staff and management of a local cornerstone of the industry.

Put on by 17 Black Events, guests were treated to music by local music guru and DJ Mike Devlin and a fantastic selection of food from Food for Thought Catering. The beers, including four new offerings in addition to the three that had already launched, flowed and were enjoyed by everyone in attendance.

Piper’s Pale Ale, 48 Dark Lager and Carmanah Ale are no longer alone as options for the lighter craft beer consumer. They have now been joined by the variety of Sombrio Citrus Session Ale, a fruity session ale at 4.0% ABV, 19 IPA, a floral, easy-drinking IPA which has been adjusted from its original recipe down to a lighter 4.8% ABV, Victoria Lager (which you might also see as 48 Lager), a malty yet refreshing dortmunder lager also at 4.8% ABV, and what might be the most-touted beer from the line-up, the Juan de Fuca Cerveza. The Cerveza is light, very much a summer refresher, brewed with flaked maize, and just dying to be tried in a beer cocktail.

As impressive as the new beers are, the brewery’s new tasting room is jaw-droppingly amazing. Entering the space, guests are greeted by warm lighting and a clean feeling that just invites you to stay for a few more samples. In addition, the new growler filling machine, the only one of its kind in Canada so far, is primed to make guests want to swing by more often, as it allows for more small batch and limited release beers to be served once those programs are in full swing.

The night was a fantastic showcase of what a brewery can be, and with the changes, Vancouver Island Brewing seems primed and re-energized to make waves in the industry.

Wednesday March 1st was the start of a new month, but it was also the start of something bigger for Vancouver Island Brewing. At the end of the day on Christmas Eve, the doors closed on the old look of the brewery, and after two months of hectic renovations and worked, they opened on a fresh rebranding.