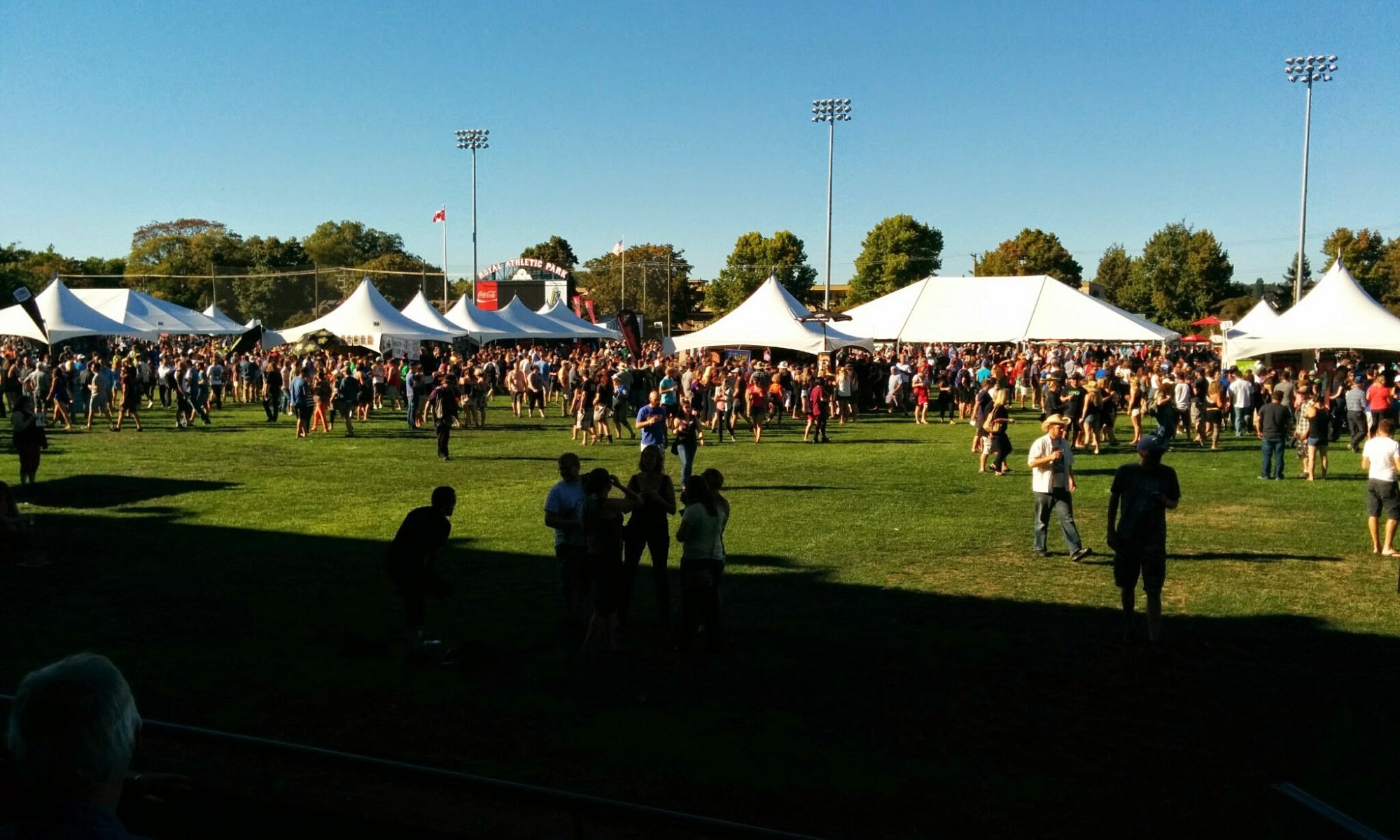 Tuesday, June 9th, 2019, Victoria, BC — On September 6 & 7, 2019, the Great Canadian Beer Festival (GCBF) will return to Royal Athletic Park in Victoria, BC featuring 90+ Canadian craft breweries from coast to coast. This represents the biggest lineup of breweries ever featured at the GCBF.

“Canada is emerging as a world-class craft beer destination,” says Joe Wiebe, a co-founder and spokesperson for the Victoria Beer Society. “We’re thrilled to host breweries from all across the country this September, positioning the Great Canadian Beer Festival as Canada’s truly national craft beer festival.”

With support from the Canadian Craft Brewers Association (CCBA), the 27th annual edition of Canada’s oldest beer festival will showcase more breweries than ever before, from every region of Canada, including the Maritimes, Québec, Ontario, Western Canada and Yukon. Of course, British Columbia’s craft breweries will be well represented: there will be more than 60 breweries from BC, including Spinnakers Brewpub and Vancouver Island Brewing, which helped kick off the craft beer movement back in 1984, to some brand new operations, such as Whistle Buoy Brewing Company, which just opened in Victoria, and Ace Brewing Company, set to open in Courtenay this summer.

“The craft beer sector continues to grow right across the country,” said Rick Dalmazzi, Acting Executive Director, CCBA. “With craft breweries in every province and territory in Canada, many of them in small and rural communities, our industry is redefining the role that beer production plays in the Canadian economy.”

Not only will attendees be able to taste all these offerings in one place, but they will also have the opportunity to meet the brewers and learn more about Canada’s craft beer community.

Up to 4,500 people are expected to attend this celebration of Canadian craft beer each day. In addition to the wide array of craft breweries, attendees can expect local cideries, food trucks, and the BC Ale Trail-er – an on-site tap truck serving a selection of beers from breweries across British Columbia that otherwise would not be able to participate.

Single-Day Tickets and Weekend Passes are on sale now at Ticket Rocket — gcbf.ticketrocket.co. Discounted Single-Day Tickets (25% off) are available for Victoria Beer Society members at victoriabeersociety.com