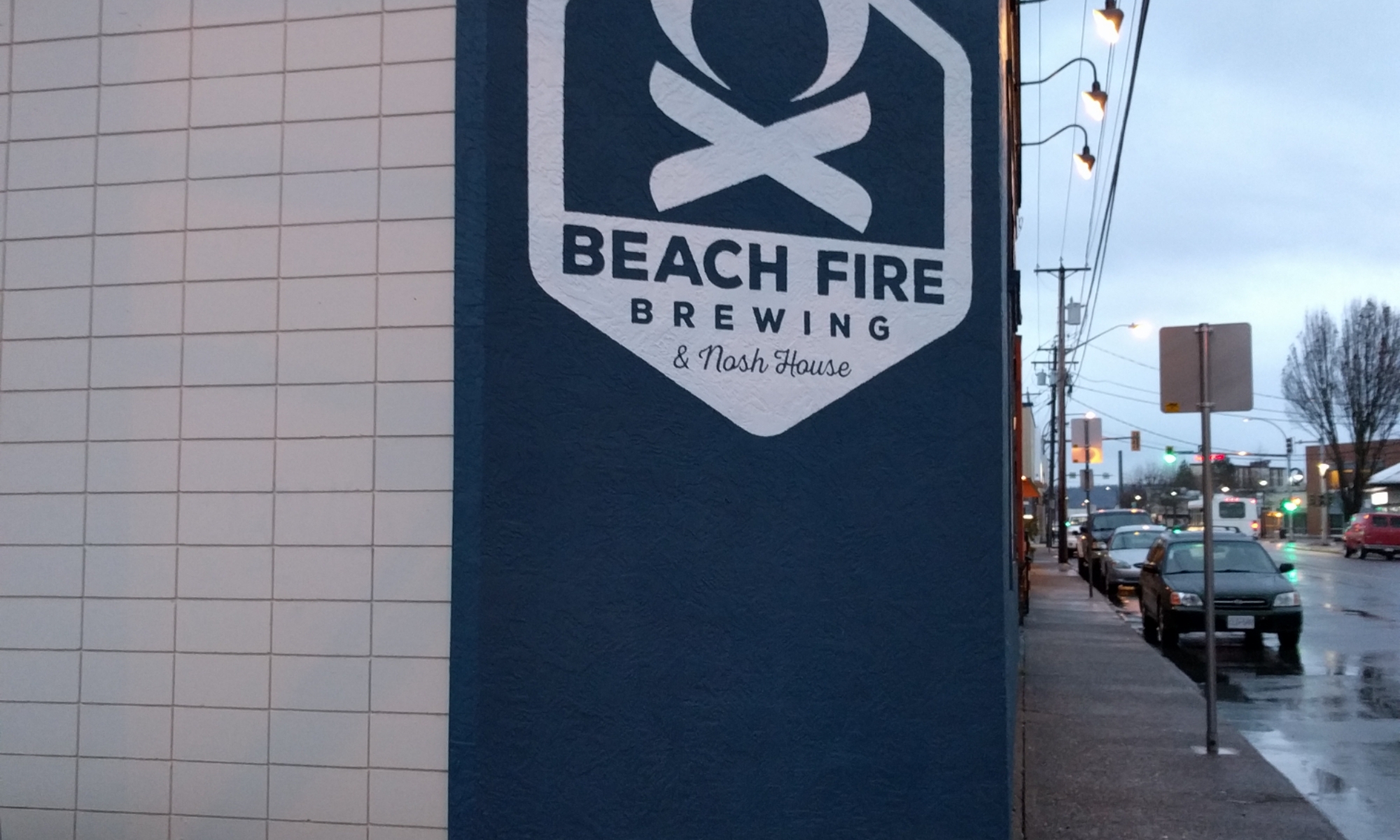 Since I happened to be up Island for a short trip, I decided to take in the recently opened Beach Fire Brewing and Nosh House in Campbell River, BC.
Having opened only a week ago, it’s understandable that they are still getting settled in. As of right now, other than the food, they can only do tasters, samples, flights, and growlers. Hopefully that gets sorted out soon, although I can imagine it helps them get their feet wet before the onslaught. 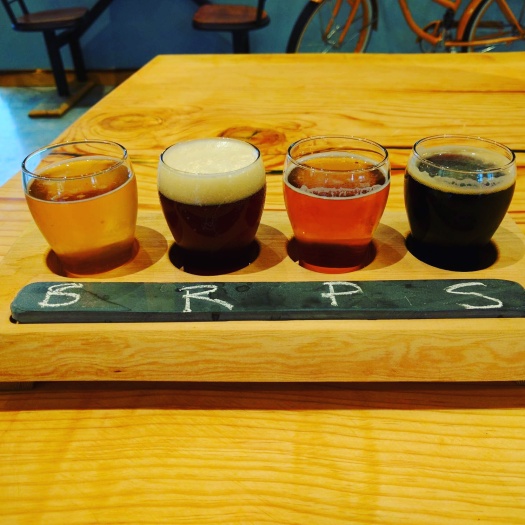 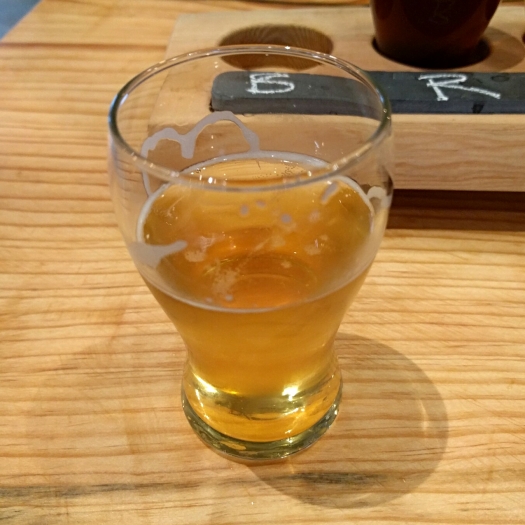 With  respect to beers, they currently have 4 for the initial launch. Their Beach Blonde Ale, at 5% ABV and lightly hopped, is a good draw for the Lucky Lager and Canadian crowd that dominates the North Island. 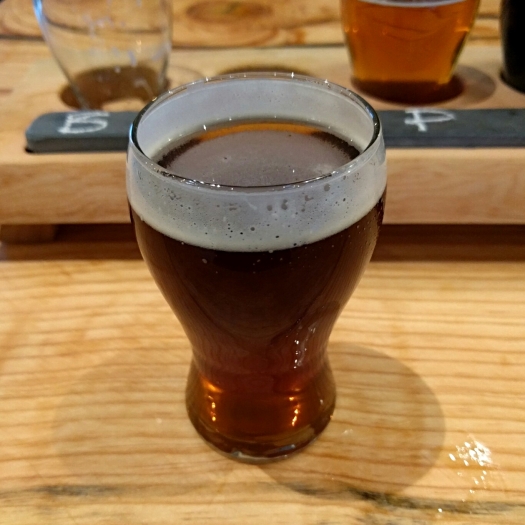 The Ember Red Ale, an ESB at 5.5% ABV, is apparently the fan favourite so far, with staff acknowledging the feedback they’re getting on it. A nice deep coppery brown, with lots of caramel malt character and a balanced hop bitterness. 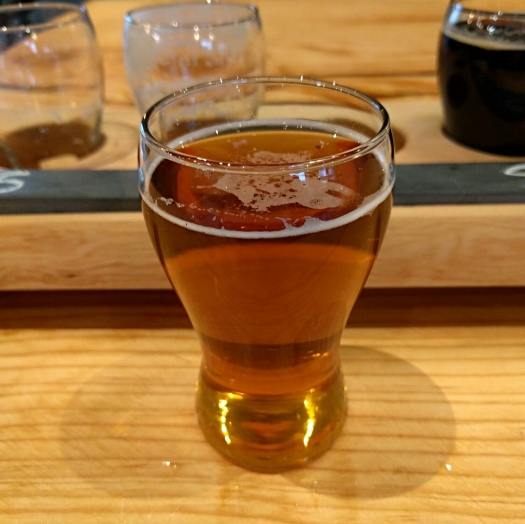 The High Tide Pale Ale, again at 5.5% ABV, is definitely West Coast style, as it could easily pass for a maltier IPA in most other parts. Nice Amber colour, and the balance of citrus flavours from the hops was well tuned in with the malt. 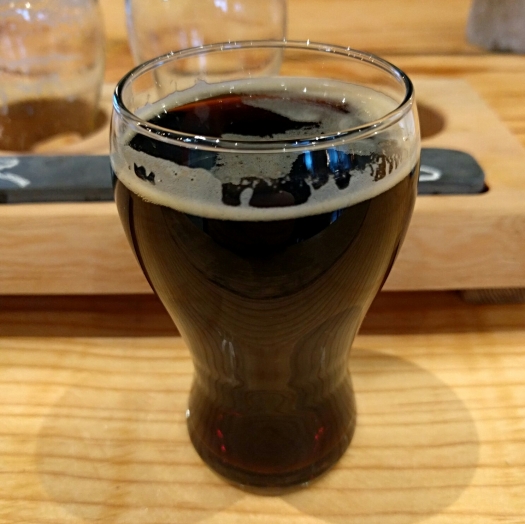 Finally, their Wheelbender Stout is a 4.5% ABV, lighter bodied, roasty offering. I would have classified it closer to a porter, but with differences between the two typically being so negligible, it could go either way. A nice finish to the flight, strong enough to have a nice increase in intensity, but light bodied enough to finish.

My only comment is related to the water of the beer. Almost burtonized, all the beers had a hard, drying quality to them that was unexpected. Possibly conditioning the water might help with this issue, as it is a little strange to see in the Pacific Northwest.

I made the mistake of trying to miss any crowds on a Friday by going mid-afternoon, because in doing so, I missed out on their main menu. They did still have bar snacks available, as well as desserts, so I had to oblige. 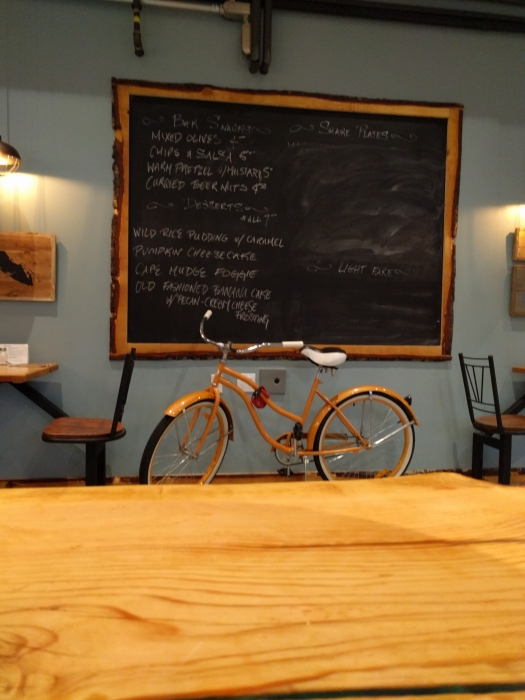 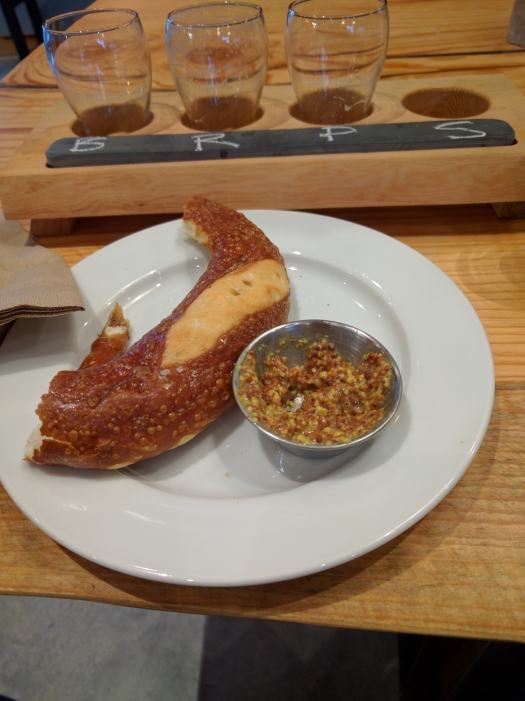 The pretzel is very nice, would pair well with any of the 3 lighter brews, but especially the pale ale. 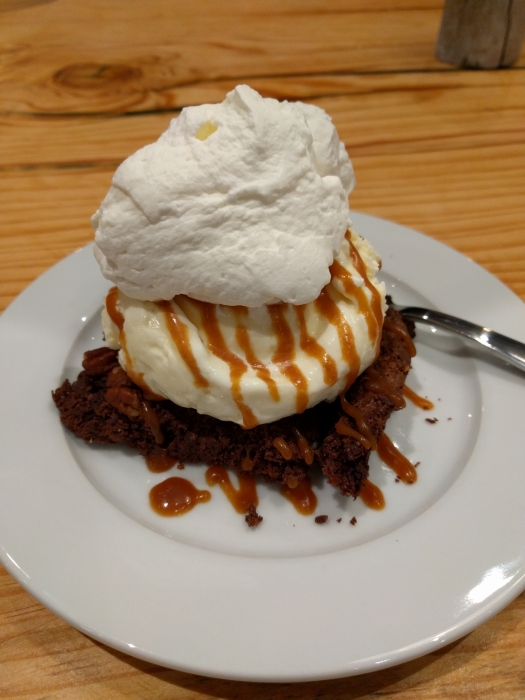 For dessert, their Cape Mudge Foggie was an interesting option. Essentially a brownie with pecans, cover in caramel topped  vanilla ice cream, and topped again with whipped cream. Very rich, a good pair for the stout. 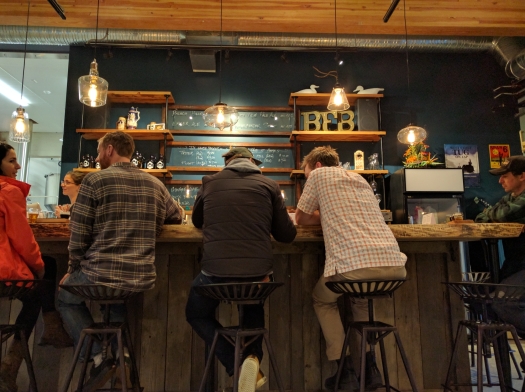 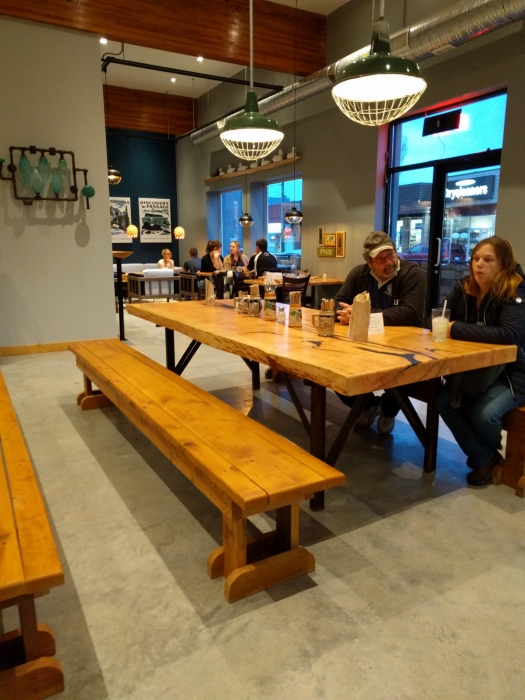 Their interior design is very fitting with the west coast style, lots of wood everywhere, and super inviting. The large picnic style tables welcome the sharing that goes along with the menu, but can be a bit overwhelming as you walk in. In addition, they seem to be offering a tip of the cap to the past with some old brewery paraphernalia from a time long past. 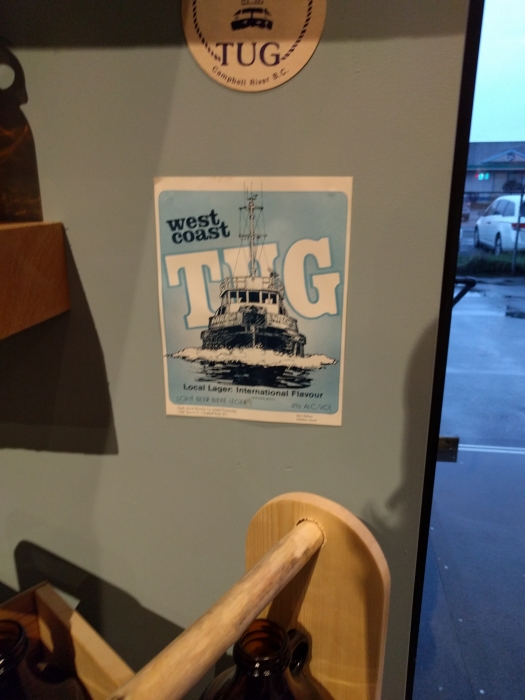 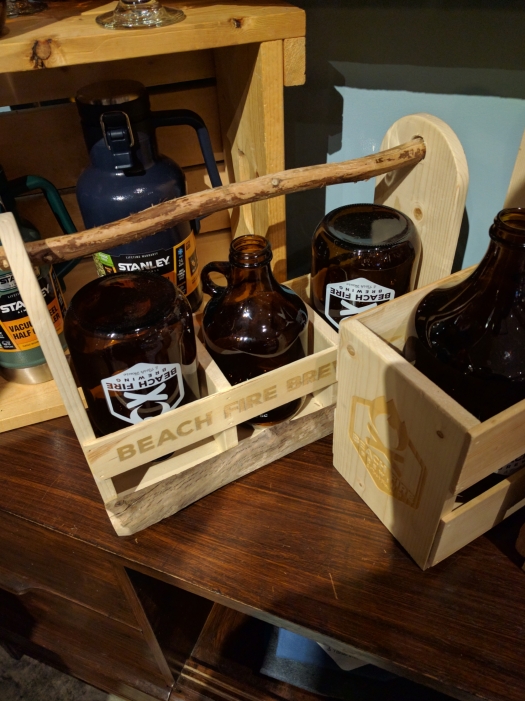 They have a good selection of merchandise, with full and half growlers along with carrying crates, glasses, and t-shirts. Nothing in my size this time around, so I guess I’ll have to come back.

Overall, a great chance to try the newest kid on the block.