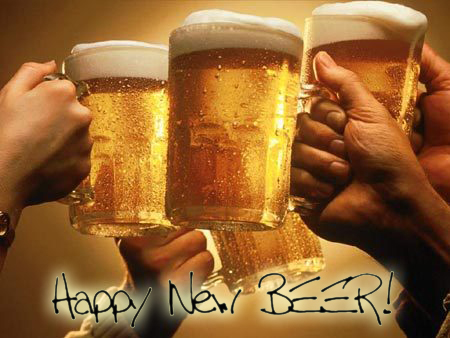 As we say goodbye to 2017 and welcome the new year, it’s only fitting to look back on the year that was and look ahead to some of what to expect in 2018.

More Sooke breweries seemed to just pop up out of nowhere this year, going from just barely having one for a couple of months at this time last year to now having three with the addition of Sooke Brewing Company and Bad Dog Brewing.

Closer to town, Île Sauvage is close to opening in Rock Bay with a selection of wild and sour beers, and in the coming year we can expect both the upcoming brewpub in the Hudson District as well as progress towards Merridale’s brewery and distillery operations at Dockside Green slated for 2019.

Phillips Brewing’s tasting room should also open in the coming months to provide another great venue to enjoy some local beer.

As for beers, 2017 was a great example of the creativity that brewers have, and it was great to see more collaboration between local breweries, a trend that hopefully continues. A local classic, Vancouver Island Brewing’s Hermannator celebrated a delicious 30 years and many new beers were released that may quickly become annual staples.

With winter comes one of my favourite regularly scheduled beers, as Driftwood Brewing’s Singularity Russian Imperial Stout should be out early in the year, but it’s the unknown that excites me the most, with new recipes, new ideas, and new flavours that come with each passing year.

This past year was also an amazing showcase of what Craft Beer events can be. Great Canadian Beer Festival celebrated 25 years in style, The Drake Eatery continued its fantastic tradition of catering to the fans of rare and sought after beers, Smiths Pub solidified its reputation as the destination for tap takeovers, and the Christmas Craft Beer Show returned for a great second year that reminded a lot of beer drinkers what a great holiday beer can be.

2018 looks to be no different, and leading the charge for its fifth year, Victoria Beer Week from March 2nd to 10th promises to stir even the soundest sleeper from winter hibernation. Tickets are already on sale at www.victoriabeerweek.com, and some of the events already confirmed include All About the Wood, the Ultimate Craft Beer Quiz, and Beer School, but don’t count out new events like The Sooke Beer Run. You might just want to plan ahead and book your holidays around that time.