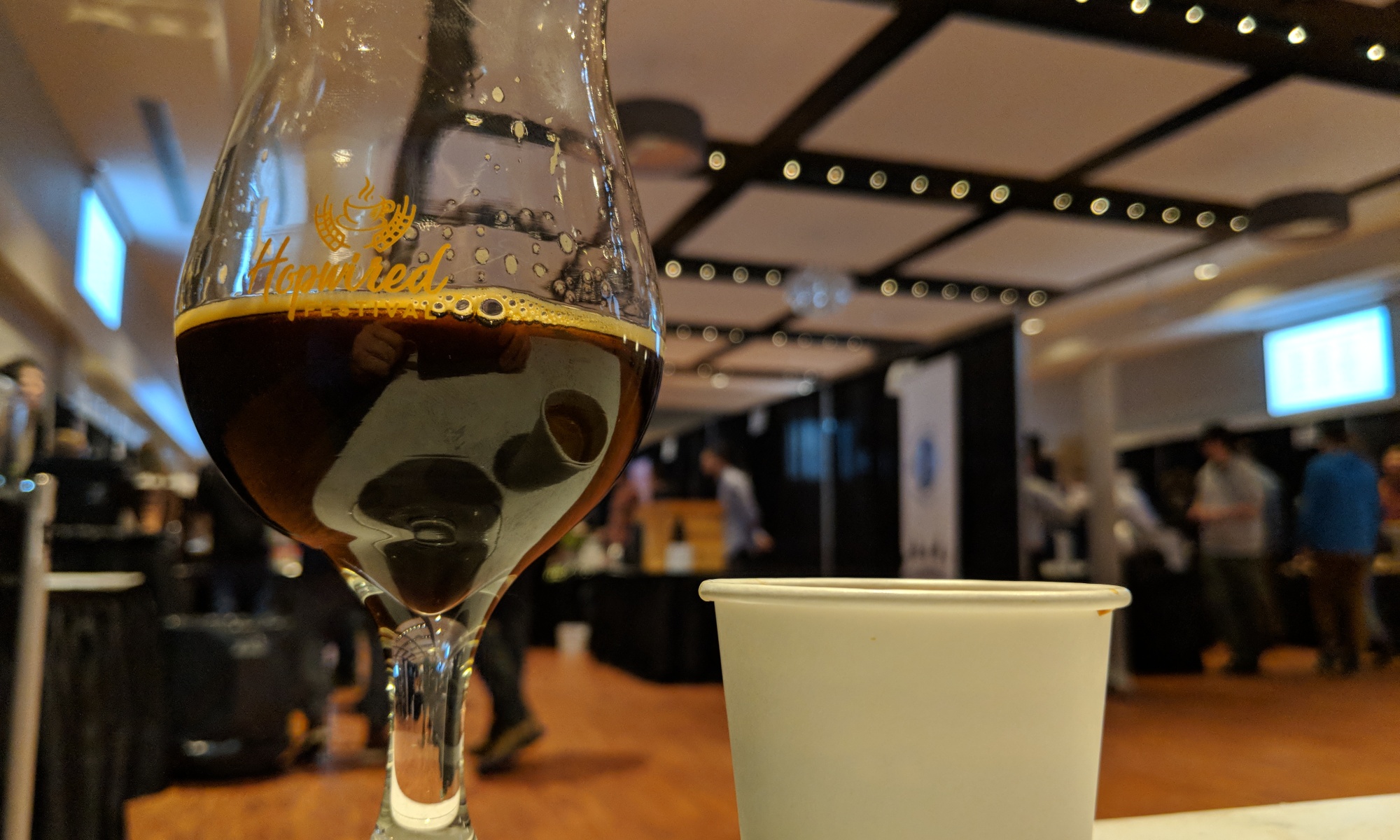 We’re a matter of weeks away from Hopwired, and to say that I’ve been waiting for this event to come back since I stepped out of the Croatian Cultural Centre on February 24th of last year would be an understatement.

I was lucky enough to attend year one of this event, which is probably why I’ve become so passionate about it. There are a select few events with the power to draw me over from the Island for a single afternoon, and the fact that attending year 2 is a must says a lot about how this event is run.

The most impressive part of year 1 was just that. It was their first year, and the number of hiccups were minimal. When you can go into year 2 with the confidence of how well things went the first time around, and the drive to expand into what year 2 is turning into, it shows that the organizers have put all their blood, sweat and tears into this project.

Full disclosure, I was a coffee geek before I was a beer geek, so the combination of my two favourite beverages under one roof was always going to pique my interest, but if you take a second to look at the quality of the beer line-up you’ll see at this event, the excitement will likely keep you just as awake looking forward to it as the caffeine from the quality coffees would.

Year 2 grows from the confines of year 2, not only expanding into both halls of the Croatian Cultural Centre, but also expanding on the lineup of breweries, roasters, food service providers and more. The event is also all-inclusive for beverages, so no tokens needed to try all of these amazing coffees, beers, and more.

29 collaborations, featuring some of the most sought after beers, breweries, cideries, roasters, and chicken shacks (yup) are already lined-up, and looking down this list, it’s hard not to want to try them all, and if you’re looking for more details, the Hopwired social media pages have been teasing and tempting some of what you can expect to be filling up on.

There are also an additional 7 breweries coming that will all be bringing some amazing options, including first timers on the mainland, Ile Sauvage Brewing Co.

Just when you thought that a coffee and beer collaboration event would be enough, there’s even more to geek out on. Last year, there were a number of panel discussions led by Aaron of Cascadian Beer Podcast, and like everything else in year two, they’ve taken that to a whole new level.

Joining him, albeit in another room, is the Vancouver Coffee Snob, creating another perfect pairing of beer people and coffee people.

Hall “A” Stage – Hosted by The Vancouver Coffee Snob

I’m not usually one to tell you what to do, but go to this event. Tickets are moving insanely fast now, and if last year was any indication, there won’t be any left in the very near future.

Get Tickets Here, and I will see you on the 23rd!